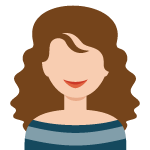 After spending several years building your business, nothing is more terrifying than facing a legal threat. You might worry about losing everything, including your reputation. Unfortunately, whether it be copyright infringement, bad mergers, or troubled employees, businesses everywhere face legal troubles every single day. Fortunately, you don't have to face legal drama on your own. By working with a skilled attorney, you can brave the courtroom without compromising your case. I have been in business for twenty years, and I have been sued for just about everything you can imagine. Check out my helpful website to find out how a lawyer could help you.

In 2014, the United States Patent Offices issued more than 300,000 utility patents. That's a lot of people with a potentially great idea, but not all of them will turn the idea into something successful. In fact, approximately 97 percent of patents filed never make enough money to cover the owner's cost of the paperwork. If you're dreaming of patenting your life into something greater, ask yourself the following five questions before you quit your day job.

1. Is the idea truly viable?

Many people think they've succeeded in creating a better mousetrap or reinventing the wheel, when in reality, their idea, for one reason or another, could never work. What may look good on paper or sound amazing as you discuss it, might just not be grounded in reality. While the truth may hurt, you're better off knowing before going any further.

2. Does your idea have a solid potential customer base?

Even when an idea can be mass produced efficiently, pass rigorous safety standards and has a clear and logical purpose, you have to be able to sell it to go into business. Determining this requires a lot of research and the truth may come as a surprise. Ask people directly, but start with strangers. Your friends and family might not want to hurt your feelings.

The cost of filing a patent alone may reach thousands of dollars, but there are other financial obligations to consider as well, such as getting a business model off the ground while you still sustain yourself and family, if you have one. Funding an idea from conception to production is a massive undertaking; if you haven't figured out a way beforehand, you may be setting yourself up for failure.

4. Can your family and lifestyle endure the trials and tribulations?

Even if your idea is viable, with millions of customers waiting to buy it and you have sufficient funding, the process you're about to embark on may very well change your life forever, along with everyone else you're close to. Are you okay working 'round the clock? Is your spouse? Can you handle the stress? Are you able to make the sacrifices necessary to achieve success? Face the changes and prepare well for them.

5. Have you considered professional help?

While you don't want to drain your savings account or risk your retirement funding your idea, you do want to take it to a professional, once you've done the leg work and if you realistically conclude you're onto something. Try a patent search on your own, as a preliminary effort to determine the originality of your idea; conduct market research to be sure you'll have enough people who will pay for your product and be certain you're ready, willing and able to make the commitment to bringing your brilliance to fruition. Thereafter, the guidance of a patent attorney like one from Hamilton IP Law PC will prove invaluable to your success.

Taking an idea and turning it into something that will change your life is no easy feat, but anything is possible. If you answered in the affirmative for the first four questions listed here, move on to number five and do so quickly: there's no time like the present and someone else may be fast on your inventor heels.